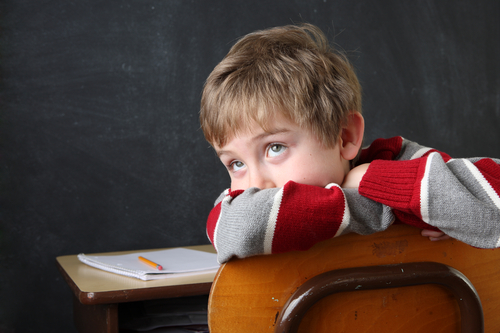 What is ADHD: Inattention, Hyperactivity & Impulsivity

Attention-Deficit/Hyperactivity Disorder (ADHD) or sometimes Attention Deficit Disorder (ADD)  is a label applied to a combination of inattention, hyperactivity and impulsivity. It is a common behavioural disorder in children, with boys more likely than girls to be diagnosed. The UK’s NHS estimates one in 20 children are affected by ADHD. In the United States this is as high as one in 6. The NHS describes ADHD as a disorder that people ‘have’, with various levels of ‘impairment’ and different subtypes. Sufferers may exhibit a wide-range of symptoms, but the most common issues are in maintaining attention, acting without thinking and controlling speech and physical activity – possibly resulting in aggressive, restless or fidgety behaviour.

There is no blood test, x-ray or scan for ADHD – a checklist of symptoms is used to ask subjective questions, and a ‘score’ calculated from the answers will determine the diagnosis. As such, ADHD can be difficult to diagnose. Many symptoms could be just extreme forms of normal behaviour, or it could be confused with other similar conditions.

DSM-5 is the latest (2013) version of the Diagnostic and Statistical Manual of Mental Disorders, published by the American Psychiatric Association and the global reference for psychologists, psychiatrists and pharmaceutical companies which sets out diagnostic criteria and standard naming conventions for ‘mental disorders’. It is quite controversial, for example a ‘bereavement disorder’ has been included in DSM-5 which effectively says grief and mourning of a loved one can be a mental illness. Homosexuality was only removed from the DSM-II as a mental illness following a show of hands at a meeting of the APA in 1973. Notwithstanding the controversy over the DSM, the following symptoms are used by DSM-5 as criteria for an ADHD diagnosis:

Under DSM-5, up to the age of 16, the following are necessary to be diagnosed Attention-Deficit/Hyperactivity Disorder:

DSM-5 doesn’t have the sub-types of AD/HD that were in DSM-IV. If only the Inattention criteria are met the diagnosis will be AD/HD Predominantly inattentive. If only the Hyperactivity/Impulsivity criteria are met it will be AD/HD Predominantly hyperactive/impulsive. Just to add confusion, DSM-5 offers two other diagnoses if the criteria above are not met but symptoms characteristic of AD/HD are present that cause ‘clinically significant distress or impairment in social or other important areas of functioning’. These are:

So the diagnostic criteria are complicated and can require a large amount of information collection from multiple parties, including educational psychologists, parents, schools and relatives; you can then join the queue to see a specialist qualified to make a diagnosis. This means that the process can be very time consuming and take several months or even years to work your way through the healthcare system.

If you’d like more advice about the ADHD diagnostic process, interested in introductions to private practitioners who could help accelerate the process, or discover how effective treatment from BrainTrainUK can help you and your child, with or without a diagnosis, please call us today on 0207 118 0887.

Is ADHD real, or just a modern day creation?

Research shows ADHD has a genetic element and is linked to a number of specific brain areas that function incorrectly. Some people don’t believe ADHD is ‘real’. It has even been reported that the so-called ‘inventor’ of ADHD said ‘ADHD is a prime example of a fabricated illness‘ on his deathbed. The original interview in German is here.

Why didn’t it exist in the past, they ask? Well, part of the answer is the label didn’t exist. While we have some sympathy for the view that ADHD is only a label, and as shown above the definition of the label changes over time, the undisputable facts are the symptoms are very real. The condition can have a devastating effect on the lives of children and their families. From trouble at school to constant sibling conflict, from disobedience towards adults to a cavalier approach to risk – the symptoms can place a tremendous strain on a child’s life. But your child can also exhibit a range of wonderful talents and skills that you want to encourage not temper: a fun and infectious personality, high intelligence, a sense of adventure, artistic creativity or an independent streak that may hint at a future entrepreneur.

So what can you do to help your child with ADHD symptoms?

Sometimes your options can seem stark: on one hand you can let your child’s personality flourish at the risk of a troubled education and strained family life; or you can use medication that may help ‘control’ them but also change their personality. At BrainTrainUK we provide you with an alternative solution: Neurofeedback treatment – the best of both worlds. It’s an evidence-based, safe and effective approach to reducing the symptoms of ADHD in children – avoiding the need for medication and potentially serious side effects. In other words, our approach allows your child’s personality and talents to flourish in a more natural way, while improving their behaviour to make school, social and home life easier for everyone. And it’s important to note you’re not just a number to us – we listen to you. With customised treatment to suit your child and careful tracking of progress, you can be confident you’re in safe, experienced and caring hands.

To read more about the options, please read the next page on Treatments for Inattention, Hyperactivity, Impulsivity & ADHD.